Incubeta DQ&A is fully uniting with our parent company Incubeta, operating under one shared brand that reflects our goal to enable businesses to "Upgrade their growth".

Join us on the next step of our growth journey. 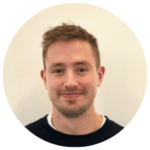 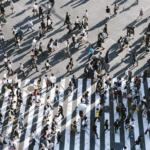 Google Extends Customer Match Across all of Display & Video 360

That’s the way it crumbles… cookie-wise

Google’s announcement last Tuesday, that they will have phased out support for 3rd-party cookies in Chrome within 2 years, has triggered a flurry of press articles. Quotes have been sought from industry opinion formers still trying to form their own opinions on implications contingent on the solutions that the 2-year notice is meant to allow for the development of. This is an unenviable task given that “we’ll have to wait and see” would be deemed the absence of opinion, whereas application of the forewarned changes to the current landscape says nothing of the 2022 reality.

One prism that we can usually expect commentators and commenters to view Google’s decisions through is that of being the latest example of leveraging its dominance in multiple fields to limit the potential of ad tech competitors. However, if Chrome was owned by a company without such a vested interest in the future viability of ad tech as an industry, such potential would be somewhat diminished, to say the least. This is evidenced by the unmitigated approach of Safari and Firefox who are already blocking 3rd-party cookies by default.

Another criticism that we have usually come to expect is that Google’s announcements leave little time for others to react and develop solutions. Not so here with the lengthy but finite timeline guidance and it’s certainly not the first time a future without 3rd-party cookies in Chrome has been addressed. However, any solutions developed or proposed by ad tech companies tend to miss the point of the uncontrolled privacy concerns that are driving this shift in the first place (e.g. fingerprinting).

It follows that Google’s Chrome privacy Sandbox APIs will be the main focus of solution development where it will be worked out what can and should be supported. However, given that the implications can only be understood in terms of these interim developments, what conclusions can be most confidently drawn?

Here are our top 3 predictions:

The current use of 3rd-party data providers in Demand Side Platforms (DSPs) will become obsolete and will be replaced by an increase in the use of publisher data and contextual targeting. The more budget that has been shifted into programmatic real-time bidding, the greater the scrutiny these kinds of data providers have come under. Meanwhile, DSPs have released features that have given advertisers a greater suite of targeting options. For example, private deals have enabled publishers to overlay their data for custom audience targeting solutions. Also, keyword targeting has increased the specificity of using content as a proxy for audience to the extent that its granularity serves as a viable alternative to using 3rd-party data.

Google’s own DSP, DV360, has a broad suite of proprietary Audience targeting options. Some of these segments are consistent across all buyers and defined by a cohort’s common interest in a topic or propensity to purchase a certain product or service. Some are unique to the advertiser and customised by the buyer based on input such as relevant URLs and keywords. This has already made it difficult for generally available 3rd-party segments to be able to compete on a performance basis. This is especially true once the actual data cost is factored in, which is not a distinct consideration for the Google audiences. Google’s huge advantage in this area is its ownership of products besides the DSP. If a bid request comes in from a site on Google Ad Manager, which is by far the largest ad exchange, both products are already talking a native language about who that user is. However, that is not to say that other DSPs cannot do a better job of trying to replicate this model, albeit on a smaller scale. The requirement is for the use of universal IDs recognised across both the DSP and publisher set, without missing the point of the aforementioned privacy concerns. Google’s announcement will heighten focus on this area.

Even if we take the most pessimistic view of the scope for technical solution development in the narrow sense, there will always be opportunities to find benefits in the resultant paradigm shift. One thing that hampered the programmatic and unconnected worlds’ embrace of each other is that most programmatic practitioners have spent their entire careers working with the most measurable activity in the history of mass marketing. However, if the loss of 3rd party cookies weakens this assurance, then previously unconnected devices and environments, such as TV set-top boxes and ‘Digital out of Home’ billboards, no longer need to live up to those standards. An incompatibility of metrics has always created marketing silos and these have always hindered joined-up campaign planning and analysis. That’s an ideal that will become more attainable for some. Indeed, even if hyper-objective granular performance metrics are lost in the programmatic space, many won’t mourn. This is because they see the original heralding of this as the sector’s defining feature as ‘making a rod for its own back’. The implication being that it had been held to account in a way that other channels are not, stunting budget investment.

It has always been the job of a media buyer to construct an optimal approach within the parameters of what is available on a case by case basis. There is never a case of everything being available for any given piece of activity anyway, due to external and self-imposed restrictions. The examples above of alternatives are just the existing options. Innovation over the next 2 years will mean that options will have increased not decreased by the time 2022 comes around. 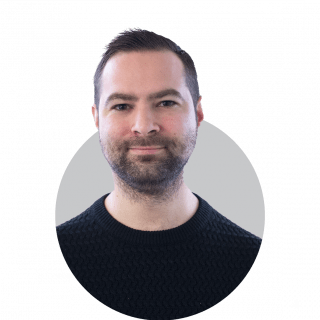